Assol was a poor child, the daughter of a carpenter who used to build wooden boats and toys in a village of fishermen and sailors.
One day, when she was taking toys to the nearby village to sell them, she accidentally dropped a small white sailboat with red cloth sails and it ended up in the river. The sails filled with the wind and the little boat began to sail, while the sunlight on the sails created an intense red reflection on the waters of the river. It was a lovely scene which caught the admiration of a mysterious man on the other bank of the river.

When the man saw the child, he praised the poetic beauty of this toy and told her, “I want to let you know a secret! In your village, a story, a legend is about to be born: one day, a great white ship with scarlet sails will appear on the horizon, and a handsome prince will get off it and will say to you, “Assol, I saw you in a dream and I fell in love with you. Come with me to my palace, we shall be happy and love each other all our lives long.”
The child went back to her village, full of enthusiasm, and told her father and the other village folk about it, but all except her father laughed at her for having believed this story. So from that day on, Assol became the foolish girl of the scarlet sails.
Years went by, and Assol continued taking her father’s toys to the nearby villages, without ever losing hope that the legend could come true.
One day, a young captain from a foreign country came to the village and noticed the young girl walking along the quay of the port. She was so beautiful and fascinating that he immediately fell in love. So he asked the inhabitants who she was, and they all answered that she was a foolish girl who believed in fairy tales, telling the story of the boat with scarlet sails.
They young captain then and there decided to buy all the red cloth that was to be found in the village in order to dress the sails of his boat and conquer Assol’s heart.

One morning, while the sun was shining high in the sky, he came into the port with sails unfurled, bathing the village with intense scarlet reflections while the villagers looked on with open mouths.
The girl ran through the crowd, indifferent to stares and words, when she reached the bank she got into the water up to her waist and stretched out her arms shouting, “I am here, I am here!” A tender went out from the sailboat, and when the it was near the young captain leaned over and grasped the girl by her waist. He looked at her straight in the eyes and said, “let’s go home, my love, let’s go home at last!” 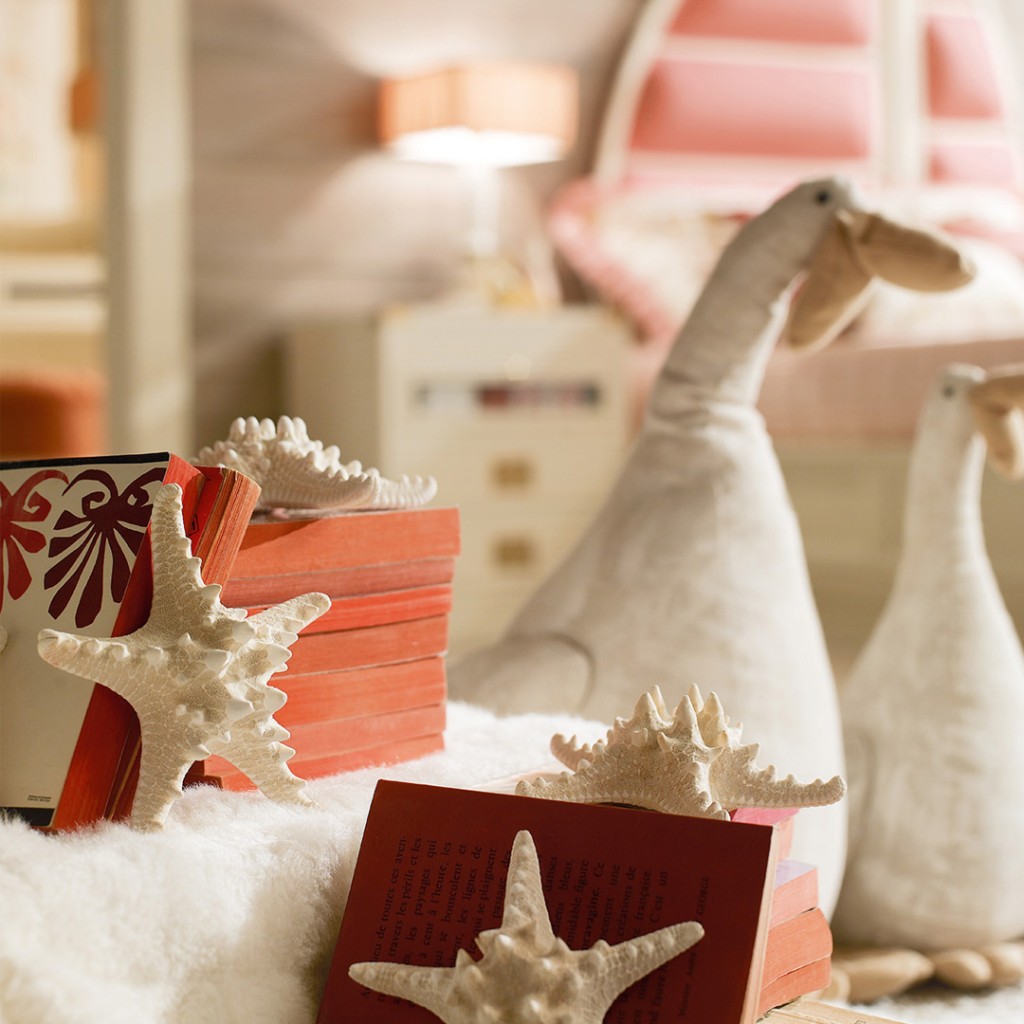 To celebrate this Russian story, Caroti has made the padded “Assol” bedhead, which can be customised in a wide range of leather, eco-leather and fabrics. Together with the Galeone (galleon) bed, there is also a container system and hand operated bed-lifting net, for 120×190 cm mattress. 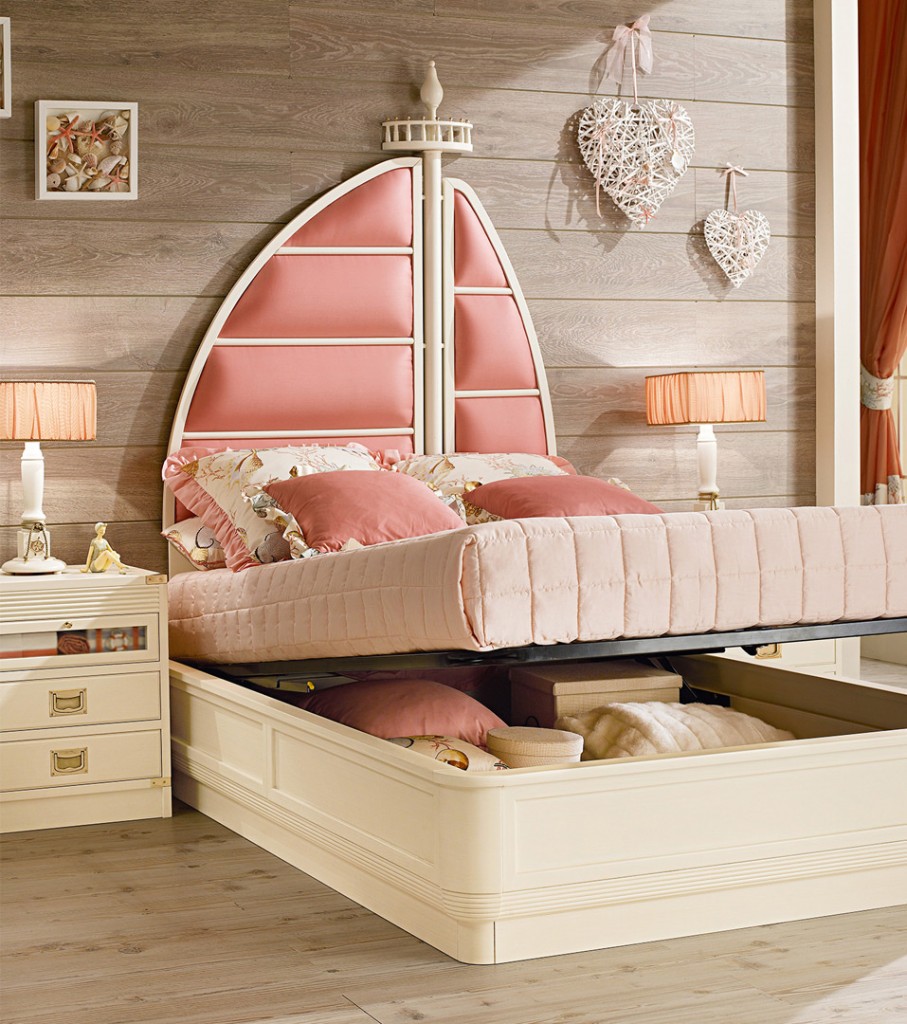 The composable wardrobe has two doors with reversible bossing, porthole on one side and fabric capitonné padding on the other. The structure incorporates a flat surface with 3 drawers and a slatted base which can be used both as a dressing table and a desk, thanks to the Timone (helm) mirror and the soft pouffe padded with matching fabric.
Available with 4 finishes: Glazed varnish, Natural Mahogany, Fusion Mahogany and Classic Mahogany.